In May – August 2016, Evan Artis, Lillian Mitchell and Dr. Noella Gray conducted research on the Phoenix Islands Protected Area (PIPA) in the Republic of Kiribati. First declared by the government of Kiribati in 2006, and formally established in 2008, PIPA is the oldest site included in this study. As of January 1, 2015, PIPA became entirely ‘no-take.’

At 408, 250 km2, PIPA was the largest marine protected area in the world when it was established. It covers more than 10% of the Exclusive Economic Zone (EEZ) of Kiribati and includes coral reef ecosystems, deep water habitats (e.g. seamounts), and pelagic ecosystems. The eight atolls and small islands within PIPA are uninhabited, aside from a small settlement of government staff and their families who live on the island of Kanton.

Although PIPA covers a largely uninhabited space in the middle of the Pacific Ocean, its human dimensions are numerous and complex. In outreach materials, presidential speeches, and media reports, PIPA is characterized as Kiribati’s “gift to humanity.” As a small nation vulnerable to the impacts of climate change, Kiribati is hopeful that this ‘gift’ of large-scale ocean conservation will be reciprocated with meaningful international action on climate change. PIPA thus demonstrates one way in which large MPAs are embedded in broader international political dynamics.

Like other large MPAs, international non-government organizations (NGOs) have played a key role in supporting PIPA. PIPA has a unique governance system, in which the government of Kiribati manages PIPA using funds provided by the PIPA Trust, a non-profit NGO based in Kiribati that includes both government and international NGO representatives on its board of directors. A novel ‘conservation contract’ thus engages the government of Kiribati with international NGOs as formal partners and ensures that Kiribati will not suffer economic losses through this conservation effort. However, a recent change in government has led to new questions about the social and economic benefits and impacts of PIPA (e.g. whether/how PIPA impacts on national revenue from the tuna industry). PIPA is thus an excellent case study, as it demonstrates the evolution of large MPA governance, the multi-scalar politics of large MPAs, and the necessity of attending to social outcomes over time.

We would like to thank all individuals in Kiribati (and beyond) who offered their time and assistance for this project. This work would not be possible without them.

For further information on this case study, please contact Noella Gray at grayn@uoguelph.ca. 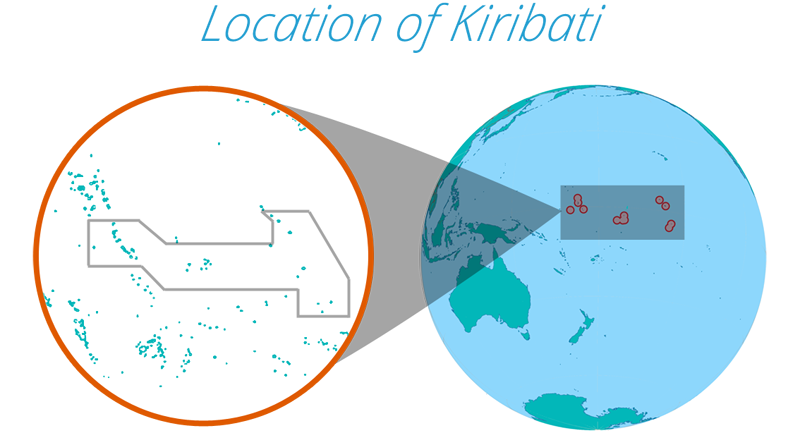